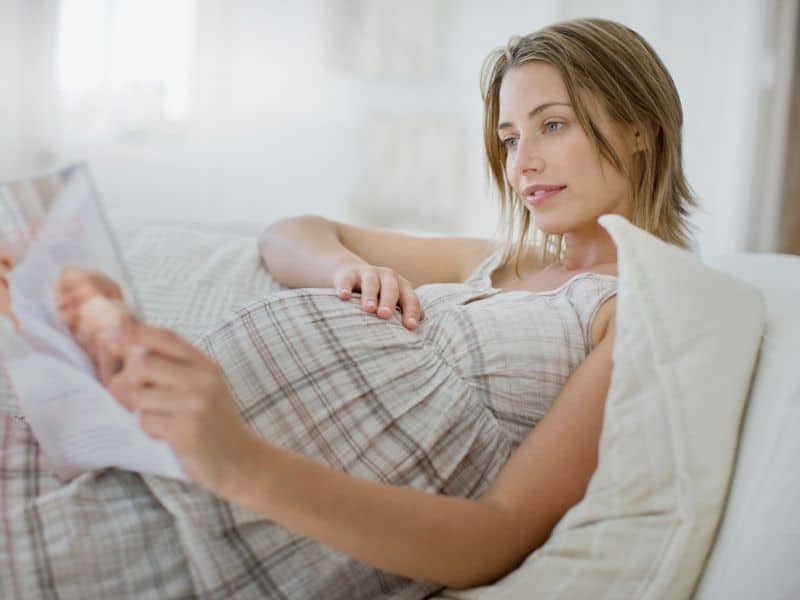 It’s possible to undergo paternity testing while you’re pregnant. There are, in fact, a variety of ways for you to be able to obtain the answer that you’re seeking, and one of them is cheaper than the rest. Keep on reading if you want to learn how to have the test in the most pocket-friendly way.

So, are you looking for the cheapest paternity test available for pregnant women? What you need to do is undergo the so-called noninvasive prenatal paternity (NIPP) test which costs anywhere from $1000 to $1500. For the NIPP test, you will have to provide your blood sample and also the father’s cheek cells.

You will be surprised to learn that even the cheapest available paternity test for women in the family way still costs more than home DNA testing, such as something designed to uncover an individual’s ancestry or family history.

The blame can be placed on the fact that the NIPP test (also sometimes referred to as NIPT, which is short for noninvasive prenatal testing) involves special and complex procedures to obtain the baby’s DNA from the mother’s blood sample.

To be able to get your hands on the most affordable option around, consider checking out several different DNA testing laboratories.

The NIPP Test is Noninvasive and Convenient

Just like what’s mentioned earlier, there are different options available when it comes to paternity testing for women who haven’t given birth to their babies yet. Some prevalent examples of those include amniocentesis and chorionic villus sampling (CVS).

While accurate, the problem with these approaches is that they are considered as invasive procedures — they entail access to the amniotic fluid (the fluid that surrounds and protects a baby in the uterus) or chorionic villi (small, finger-like structures projecting from the wall of the uterus) respectively with the use of a needle inserted into the vagina.

Due to the fact that both amniocentesis and CVC has to be performed by a doctor (which is referred to as a maternal-fetal medicine specialist) with the aid of sophisticated pieces of medical equipment, it goes without saying that they have to be performed at a medical facility or laboratory. You will have to leave your home to undergo any one of these tests.

On the other hand, the NIPP test is something that’s noninvasive, just like what is suggested by the paternity test’s name. What’s more, it can be done in the comfort and privacy of your own home.

Many are intimidated by undergoing invasive medical procedures, including something as simple as the kind that aims to identify a baby’s paternity, as there are risks involved.

For instance, there is actually a small risk for amniocentesis and CVC to lead to miscarriage! Health professionals say that the risk of that happening is less than 1% only, but for a pregnant woman, that’s still a risk.

Why the Cheapest Test Still Costs a Lot

Paternity testing is commonly performed when the child is already born. This allows for easy access to the child’s specimen that contains genetic material, and that’s his or her cheek cells.

The same process is done if the goal is to learn more about one’s family tree — a swab gently rubbed against the inner cheek is submitted to the genealogy or ancestry site for laboratory analysis. As you can see, paternity and ancestry DNA testing procedures are hassle-free.

Evidently, it’s a completely different story if paternity testing has to be done on an unborn child. Since there is no way that the baby’s cheek cells can be obtained using a swab, an entirely different approach is needed.

In order to obtain the DNA of the baby inside the womb, the blood of the woman who is carrying it has to undergo sophisticated laboratory processing and analysis in order to derive the baby’s genetic material. Definitely, that doesn’t sound cheap!

It’s exactly for this reason why the most affordable NIPP test on the current market still carries a steep price tag. These days, you can easily come across paternity testing that costs anywhere from $300 to $500, and genetic ancestry testing for less than $100. On the other hand, as earlier mentioned, the NIPP test requires you to shell out anywhere from $1000 to $1500.

How the NIPP Test is Performed at Home

In order for you to come across the cheapest NIPP test available these days, it’s a good idea to shop around — try to visit several different websites or call up various DNA testing laboratories providing the NIPP test. Don’t forget to get in touch with some of the hospitals and laboratories in your area, too!

Before I forget, the best time for you to try to undergo the NIPP test is after the 9th or 10th week of your pregnancy to ensure accurate results. Properly conducted, the NIPP test is 99.9% accurate. Make sure that you coordinate with the lab’s advisor carefully to avoid committing any mistake while obtaining a specimen.

Once you have selected and contacted the most reputable DNA testing laboratory offering the test at a price tag that suits your budget, you will be sent a NIPP test kit.

Generally speaking, the kit contains a swab for the father as he will have to provide his cheek cells which contain genetic material. The kit also includes an envelope in which the swab will be placed once used.

Once the father’s cheek cells and your blood have been collected, the NIPP test kit will then have to be mailed to the DNA testing laboratory. Playing the waiting game comes next.

Choosing the Right DNA Testing Lab Is a Must

Due to the fact that even the cheapest NIPP test out there can cost so much more than the usual paternity as well as ancestry testing, it can be very tempting to grab the NIPP test with an incredibly low price.

However, it’s of utmost importance to look at not only the cost but also the credibility of the lab offering the test.

Since the popularity of online DNA tests, countless of testing laboratories have come into being. It can be very tempting to open up a laboratory these days especially because it is estimated that at the start of 2019 over 26 million people have undergone at-home DNA testing and that only accounts for those who wish to learn about their ancestors!

Certainly, not all DNA laboratory testing facilities (including those that offer the NIPP test) are cut from the same cloth — sealing the deal with an unreliable company is money flushed down the drain.

As a general rule of thumb, the most reliable facilities out there are those that have been operating for years now and endorsed by reputable health-related agencies or organizations.

By choosing the right DNA laboratory on the internet that offers the NIPP test, you can obtain accurate paternity test results while you’re pregnant.

How long will it take before I get my hands on NIPP test results? Usually, it takes about 8 to 14 days before the results become available. If an online DNA laboratory is the one doing the testing, shipping then becomes a factor.

What are other NIPP test uses? There are many other pieces of information that the NIPP test can find out about the unborn baby. For instance, it can tell the gender and Rh blood type. It’s also being used for screening for chromosomal anomalies like trisomy 21 (Down syndrome) and trisomy 13 (Patau syndrome).