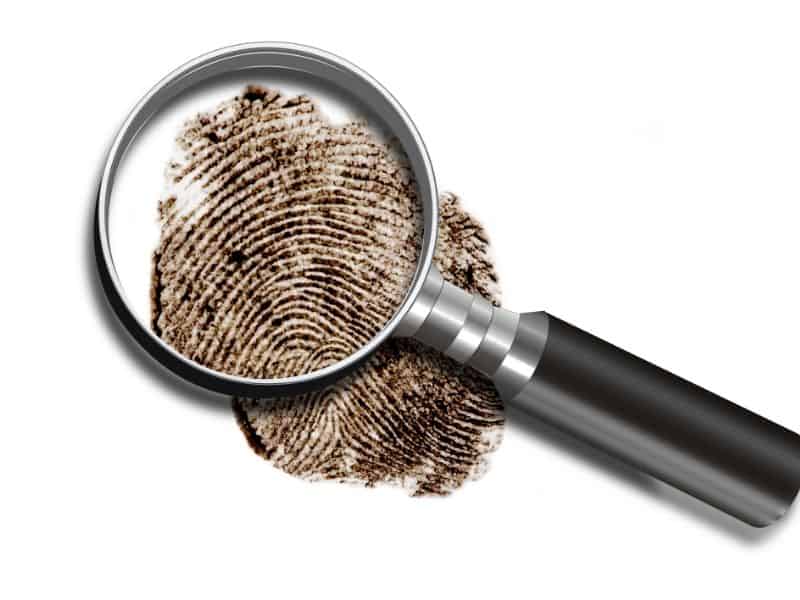 DNA fingerprinting is made by collecting any DNA sample from a subject and undergo a process where the DNA sample is isolated. Once isolated, the DNA sample will undergo a process called Gel Electrophoresis to separate it into DNA fragments which will then be sieved from the gel using a nylon membrane. The nylon membrane will then be exposed to radioactivity which allows it to turn into a pattern of unique dark bands which are also known as DNA fingerprint.

What is DNA fingerprinting?

DNA fingerprinting is also known as DNA typing, DNA profiling, or genetic fingerprinting. This is a molecular genetic method which allows the identification of an individual by using DNA samples such as blood, semen, hair or any other biological samples because each individual has unique patterns present in their DNA.

How is DNA Fingerprinting done?

DNA fingerprinting for humans use DNA samples from the subjects being tested, such as blood samples or swabbing of tissue from inside the mouth. The swab sampling method is usually chosen because it is less invasive, making it safe for even younger subjects. Although there are possible issues that may arise during the process, DNA samples need to be stored quickly. If the DNA sample is not stored properly, there is a possibility that bacteria can invade the cells containing DNA. Cells are not visible, and there is a possibility that the DNA sample is not present on the swab samples that are given.

When the DNA sample is received, it is then tested to check for the following:

When is the DNA fingerprinting first developed?

Professor Alec Jeffreys is a British Scientist from the University of Leicester who developed the DNA fingerprinting in 1984. The nucleotides sequence in a DNA is similar to a person’s fingerprint, it is unique, and no individual has the same DNA fingerprint, except if he or she has an identical twin. An individual’s DNA fingerprint is the same in every cell, tissue, and organs. It is effective in identifying unknown people, researching different populations, and investigating forensics.

DNA fingerprinting has been used widely because it allows the proper identification of an individual and it can be used in health care research and allows the diagnosis of genetic disorders that can be passed from parents to their children. Investigators use DNA fingerprinting to catch suspects for their crimes committed, and it is also used to solve and identify paternity cases. DNA fingerprint is the unique pattern of DNA that occurs in a unique sequence. DNA fingerprinting is also known as DNA typing.

How is the DNA fingerprint produced?

If there is a limited amount of DNA sample available for the DNA fingerprinting process, the next step can be done, which is known as Polymerase chain reaction. This process will help replicate the DNA sample; therefore, more DNA sample can be tested and researched accordingly.

First, after the DNA sample is isolated, DNA will then be tested. Restriction enzymes will be applied to the DNA sample; these are used to cut the DNA and produce different pieces of DNA with various lengths.

The different sized fragments of DNA are known as restriction fragment length polymorphisms.

The DNA fragments can be observed by doing the process called gel electrophoresis. This method separates the DNA based on the fragment samples.

The next step is to conduct a process called Gel Electrophoresis. This process uses electrical current and applies it in a mixture of porous gel which includes the samples of the DNA fragments.

The electric current pulls the negatively-charged DNA and allows the DNA strands to move in the gel and separate the DNA molecules of different sizes. The shorter fragments of DNA will move fastest and easiest while the longer fragments will travel slower than the others.

After the electric current is applied, the DNA fragments will be arranged according to their sizes. The smallest molecules will be farthest from where the original sample of the DNA was originally placed in the gel mixture.

The fragments of DNA are sieved from the gel using a nylon membrane. The nylon membrane is treated with chemicals that help break the hydrogen bonds of the DNA fragments. This process will produce single strands of DNA.

The minisatellites that the probes attached to will then be checked by exposing the nylon membrane using UV light, heat or X-ray film.

When the minisatellites are exposed to radioactivity, a pattern consisting of 30 dark bands will appear in the film where the DNA is present, this pattern is also known as the DNA fingerprint. Different DNA fingerprints from different DNA samples can be cross-checked by running them side by side on the electrophoresis gel.

The probes show up on the photographic film because the DNA strands decay and give off light, and then it leaves dark spots, the dark spots are called DNA bands of a person. DNA fingerprint is consisting of the unique patterns of bands; a person’s DNA fingerprint varies from other individuals except for those who have identical twins. The technique used for this process is called Southern blotting.

DNA fingerprinting can be used which DNA sample belongs to which person, for example, there are hair strands present in a crime scene, and it can be used to pinpoint which individual it belongs to.

Parents’ fingerprints are usually similar to their children. Although not totally the same, there are instances that there are some bands that match one parent and the other bands match the other parent. The combination of the bands of the parents helps identify their child.

What are the advantages of DNA Fingerprinting?

What are the disadvantages of DNA Fingerprinting?

What are the common uses for DNA fingerprinting?