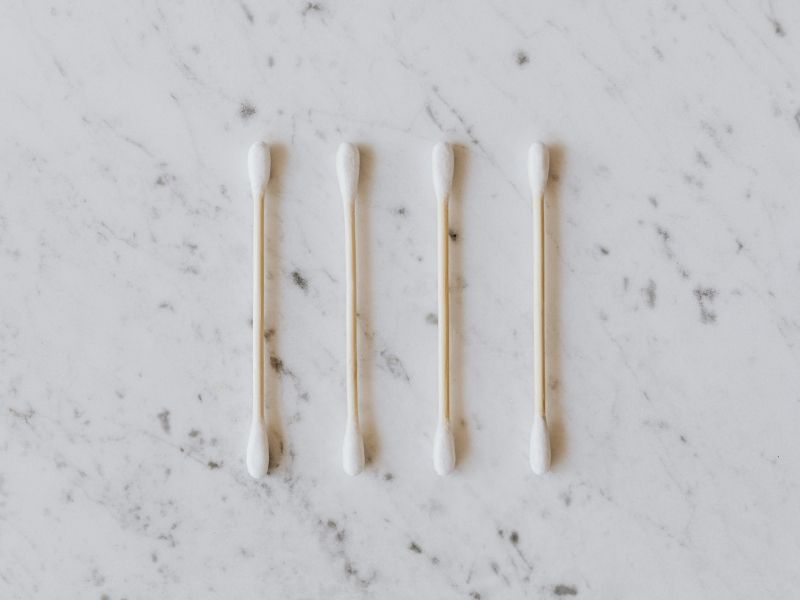 When I was working on the paternity test article, I was wondering if there is a way to fail a DNA test. So, for me, this is a purely hypothetical question. If you are in the middle of a criminal investigation or paternity test, then I have one suggestion for you – don’t cheat. For those who just curious about the odds of cheating on the test, the answer is following.

It’s important to note that there’s a fine line between failing a mouth swab DNA test and contaminating the specimen to be tested. Also, especially if the mouth swab DNA test is being performed for legal purposes, it is commonly administered by or with a professional around, such as a nurse or doctor. A mouth swab DNA test wherein you are entirely responsible for collecting your specimen is easier to fail.

Testing is Suspended as Soon as Contamination is Detected

One of the most common problems faced by those who attempt to fail their mouth swab DNA tests on purpose is that they wind up obtaining specimen all over again. That’s because technicians immediately forego further analysis the moment they notice that the sample provided is contaminated.

Many are known to resort to submitting swabs that have been scraped against the inside of the cheeks of their pets or other accessible animals in an attempt to drive the results to their favor. Unfortunately, technicians can easily tell the difference between human DNA and animal DNA.

No matter the contamination method employed, it could result in having to do the mouth swab DNA test over and over again until such time that an unadulterated swab is finally provided to the laboratory for testing.

However, it’s not all the time that contamination is deliberately done by the party involved. The swab can also become contaminated and thus yield erroneous DNA test results if it’s no longer sterile, such as if it came into contact with the dirty fingers of the individual taking the test or accidentally fell to the floor. An inexperienced and incompetent technician may also be the one responsible for having the swab contaminated.

A man who is undergoing a mouth swab DNA test for paternity testing purposes may use the swab for obtaining cheek cells from another willing man (or sometimes unwilling, such as by shoving the swab inside the mouth of a man in a bar who has passed out) to escape the fact that he’s the father.

While this is definitely an unfortunate matter for the mother of the child, such an approach is something that could set free the father in question.

However, it’s a completely different story for a woman trying to prove that the man is the father even though she is well-aware of the fact that he isn’t. Often, a woman who wishes to fool a mouth swab DNA test out of desperation will try to swap the swabs by placing hers inside the envelope of the man and placing the man’s inside her envelope.

The problem with this is that technicians can quickly determine if the specimen is coming from a male individual or a female. So, in other words, this method commonly done during paternity testing can easily blow up in the mother’s face.

Perhaps you have already heard from a friend or read from the internet that eating, drinking, or smoking can help to fail one’s mouth swab DNA test. Well, this method can, in fact, affect the test results but not in the way that someone who wishes to fail the test has in his or her mind.

The rule is this: one must abstain from eating, drinking, or smoking for at least an hour before scraping the inside of his or her cheek with the swab. Such a rule also applies to babies during paternity tests.

That’s because consuming anything by mouth or cigarette smoking could cause foreign residue or components to mix with the provided specimen. This makes it hard to obtain testable human DNA samples at the laboratory.

Do take note that eating, drinking, or smoking immediately before taking a mouth swab DNA test won’t change your DNA makeup — it will only make your provided DNA sample harder to analyze.

If you’re trying to delay your mouth swab DNA test results for whatever intent or purpose, opting for this method of contaminating the specimen is something that can make you look bad or suspicious the least. It’s just that you forgot to follow the directions by taming your grumbling stomach or giving in to your urge to light up a cigarette stick before taking the test.

Applying Any Tactic Isn’t Possible in Some Instances

Unfortunately, it’s not all the time that you can attempt to fail a mouth swab DNA test deliberately. This is true whether the tactic you have in mind is known to work effectively or fall flat.

There are cases in which a police officer or two will be standing right in front of you as you gather the specimen using the swab. In some instances, it is a doctor or nurse who will administer a mouth swab DNA test. Taking a picture of you as you perform the test or while it is being performed on your is also a requirement in some instances to serve as a supportive document.

With such being the case, you have no choice but to perform a mouth swab DNA test without hocus pocus, which will provide the concerned parties with the correct results — unless a mistake is committed by the technician at the laboratory.

Will brushing my teeth beforehand work to my advantage?

No. Brushing your teeth before taking a mouth swab DNA test will eliminate food particles and some bacteria, making the job of a technician at the laboratory so much easier.

How long does my DNA on a swab last?

Provided that the sample is kept dry and stored at room temperature, your DNA should last for three long months from the time that the testing was done. If you’re living in a place where the climate is humid, the swab should be taken to the laboratory ASAP.

Does a mouth swab DNA kit have an expiration date?

A kit has a shelf life of at least one year if it’s left unopened and stashed in normal household conditions.

Can taking an OTC or prescription medication affect the results of my mouth swab DNA test?

No, taking an oral medication won’t have any impact on the results.

Will a blood transfusion alter the DNA test results?

During a blood transfusion, the only blood components that are being transfused are red blood cells and platelets, both of which are devoid of DNA. While a little amount of DNA-containing white blood cells may be present in the transfused blood, it’s unlikely to be picked up during a mouth swab DNA test.