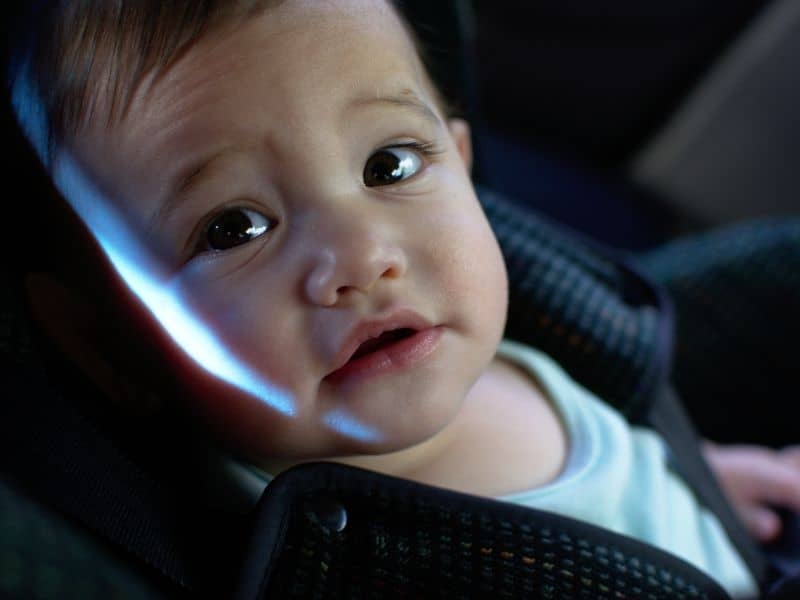 You may have the idea the man you call your dad is not your biological father because you look and act nothing like him, or he may be around alright, but still you feel fatherless. If currently, you are on the hunt for a way to have that gut feeling proved or disproved, keep on reading — below I will tell you some of the steps that you may take to get some answers.

Do you think that your dad isn’t your biological father? There is a very simple and effective way to find out the answer for yourself without hurting or infuriating anyone, although it may certainly rattle your composure and make you question your true identity: DNA testing. These days, it’s something as easy as going online and visiting a website.

Suspecting that your father is not the one who sired you is painful and disconcerting — it’s something that can positively leave you feeling that you’ve been lied and cheated on all these years and even asking yourself the most personal of all questions there are: “who am I?”

The very first DNA testing was performed back in 1986 in the UK during the investigation of a couple of rape and murders committed in the same year as well as 1983.

In the US, the FBI first used DNA testing for criminal investigations in 1998. Since then the intelligence and security agency has been using genetic testing for cracking crimes, including those that were committed in the years before where DNA samples from pieces of evidence are still intact or can be obtained in one way or the other.

Nowadays, one’s DNA profile can be used for various purposes other than linking an individual to an offense or a crime scene. For instance, it is also being employed for uncovering genetic or hereditary diseases or conditions in the pursuit of extending one’s lifespan.

Then there is also DNA paternity testing, which is a procedure in which the DNA profile of a person is used to determine if he is, in fact, the biological parent of an individual. It is especially helpful and at times, vital for when a child’s paternity is in question, and the rights and responsibilities of a father are an issue.

No matter the reason or intent, DNA testing is done in the same manner: saliva, cheek swab, blood, hair, or any other with genetic material undergoes collection and laboratory analysis.

DNA Testing and Analysis: More Accessible Than Ever

In trying to prove that your dad is not your biological father as well as wanting to discover who the real one is, you may take advantage of the easy accessibility of genealogy or ancestry sites — you know, 23andMe.com and ancestry.com.

By paying the monthly fees and submitting plenty of your saliva, the website of your choice can help you to get to know your family tree, learn the migration patterns of your ancestors, and even identify blood relatives you didn’t know you have.

For favorable DNA results, it’s a good idea for you to choose a service provider with a sizable DNA database, and usually, it is the one that a lot of consumers go to. The bigger the site’s database, the better the matches and your chances of knowing the truth!

Aside from genealogy or ancestry sites, there are also a number of places in cyberspace that can be used for finding or locating an individual based on pieces of information such as his or her name and last known location.

However, evidently, this will only work to your advantage if you already have an idea on who your suspected biological father is.

Uncovering the Truth is More Than Just a Matter of Affiliation

The reason for wanting to identify your biological father is obvious: you want to learn where half of you came from. It is an unspoken right of yours that you’re free to pursue, although it’s for certain that there will be prices to pay along the way and potentially for the rest of your life.

However, it’s important to note that there are a few other reasons for or benefits of trying to find out who your real dad is.

For instance, everyone knows that a number of medical conditions are scientifically-proven to be hereditary — they tend to run in families. Hypertension, heart disease, diabetes, arthritis, sickle cell anemia, Alzheimer’s disease, and even a number of mental illnesses can, in fact, be passed from parents to offspring. It’s due to this why DNA testing is also commonly being done for disease risk identification purposes. To put it bluntly, learning about your roots allows you to know which disease you could die of.

Then there are also all kinds of legal matters that can encourage you to undergo DNA testing to uncover the truth, such as the right to inheritance and death benefits.

But ultimately, discovering who your biological father is can answer so many questions you have about yourself. Why do you look different? Why do you have different personality traits? Why are you being treated differently?

Perhaps you have already watched one daytime talk show or two in which paternal suspicions are being looked into in front of a live studio audience and millions of others in their respective homes — it may even be the one that sparked or fueled the matter you would like to get settled.

How many fathers are not real (birth) fathers? Believe it or not, you are not alone. According to a study once made, 1 in 25 fathers is not the biological father of his child! So, in other words, 4 percent of men out there are raising kids that were sired by other guys.

Many related scientific investigations on paternal discrepancy rates have been conducted since the 1950s. And guess what? Some of them found out that as high as 30 percent of men are not the biological fathers of their kids!

These days, there are numerous Facebook groups for individuals who have dealt with or are dealing with such matter as well as other issues resulting from it.

The bottom line is that there is this probability that your dad is not your biological father alright, and it is completely up to you if you will pursue finding out about the truth and how you intend to do it.

Many different reasons exist why you would like to find out once and for all if you are indeed flesh and blood of your father, and not one person on the face on the planet can really keep you, an adult with a sound mind and heart that’s longing for some answers, from doing so.

There is something unstoppably devastating yet utterly self-fulfilling about knowing from whom 50 percent of your genetic makeup came.

Unfortunately, the fact that it’s going to set off a series of further life-changing events should be acknowledged. Do you hunt for your biological father? Does he have his own family and will you be welcomed into it? How would the man who raised you since you were a baby feel? Betrayed? No longer necessary?

In the end, the truth won’t change the fact that your dad, even though he isn’t the biological father you’ve always thought him to be, was the one who raised you.

However, learning the well-kept family secret (or the real deal that no one really knew except you) may in fact somehow change the way you see him and more importantly yourself. It’s a game-changer alright, but it’s completely up to you as to how.

Can 23andMe.com or ancestry.com help me find my biological father? Yes, there is a possibility provided that the website has the DNA of your father and his/your blood relatives on file.